I have visited Morocco several times, inspired by the paintings which Matisse created there in the early 20th century. I was struck by the wild beauty of this landscape: the startling contrasts between the snow-clad peaks of the High Atlas range, the hot reds, pinks and purples of the foothills, and the verdant greens of the oases and palmeries along the river valleys. It was almost as if these disparate elements had been collaged together in horizontal bands of colour. The bare, forbidding Anti-Atlas, on the other hand, were starkly beautiful in their predominantly steely grey and pink hues. 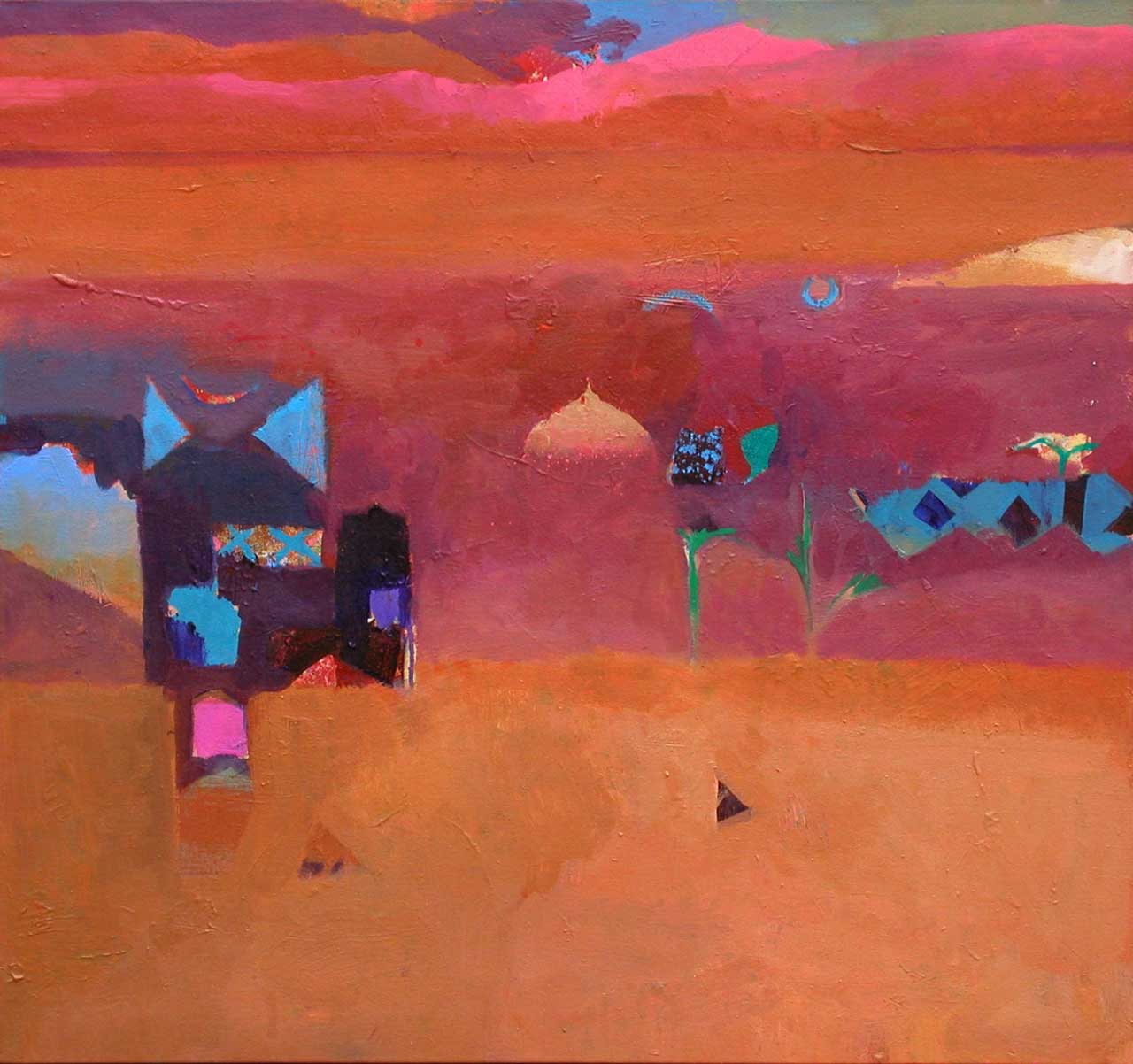 The Pinks of the Atlas Mountains 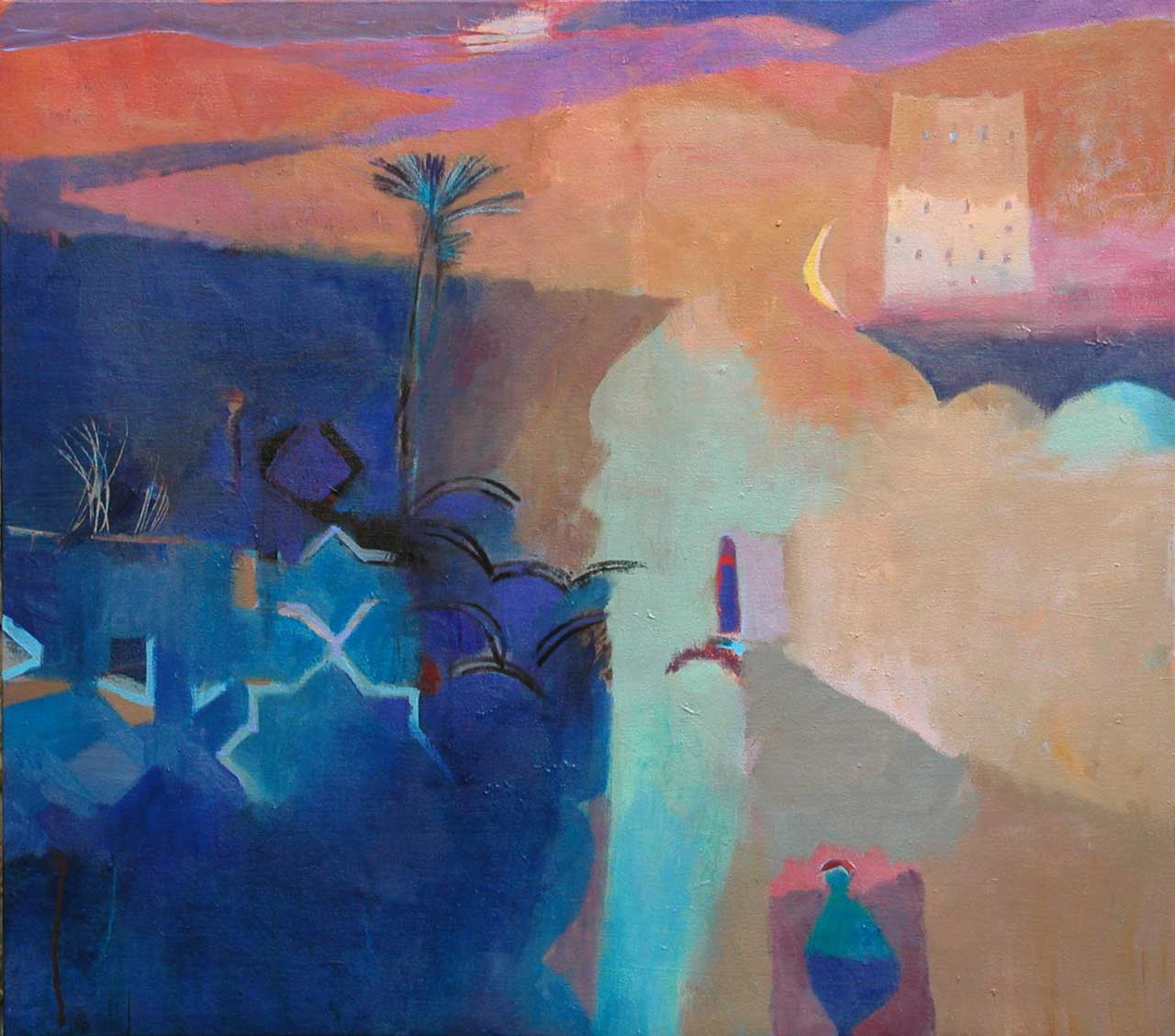 Door to the Kasbah 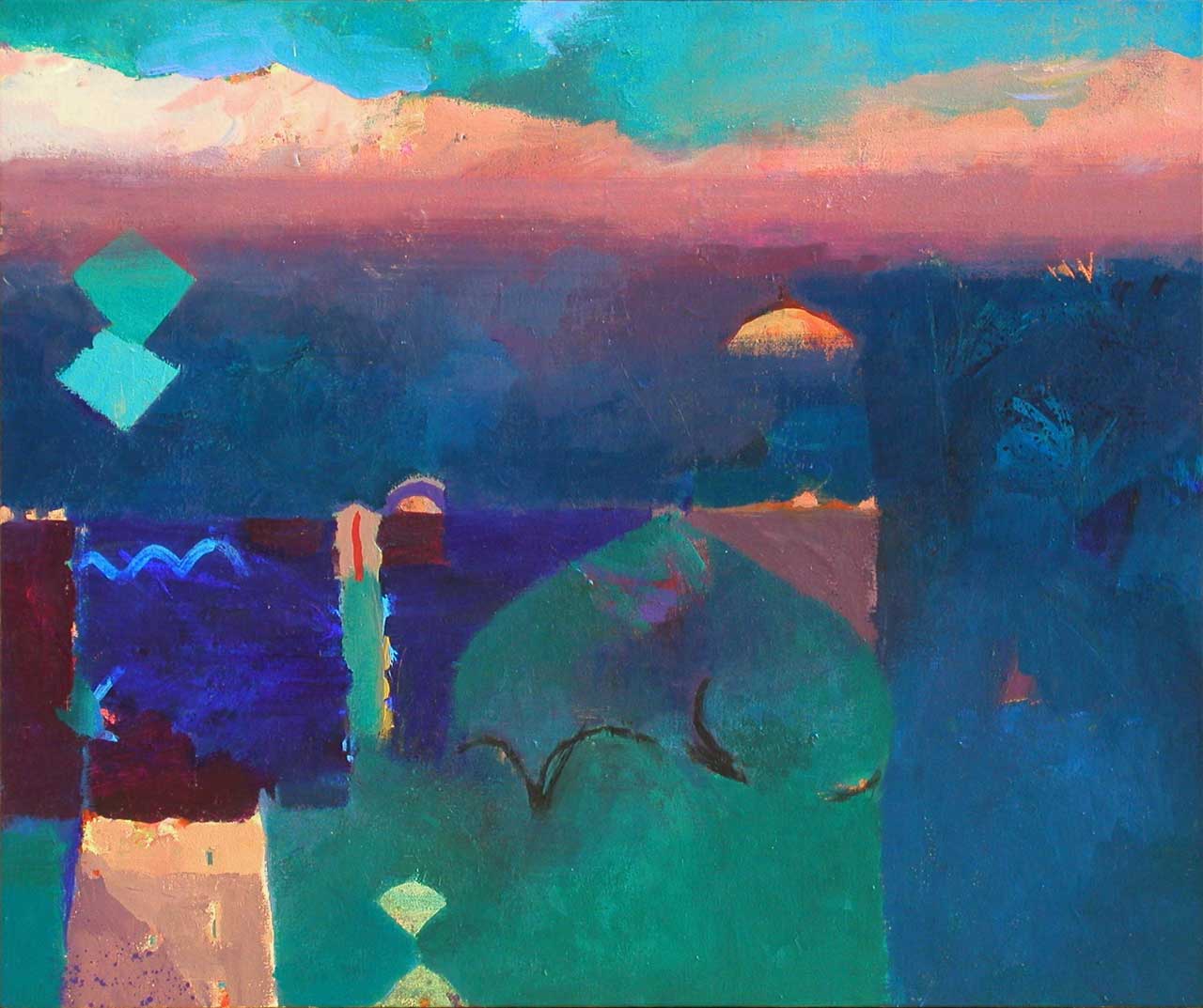 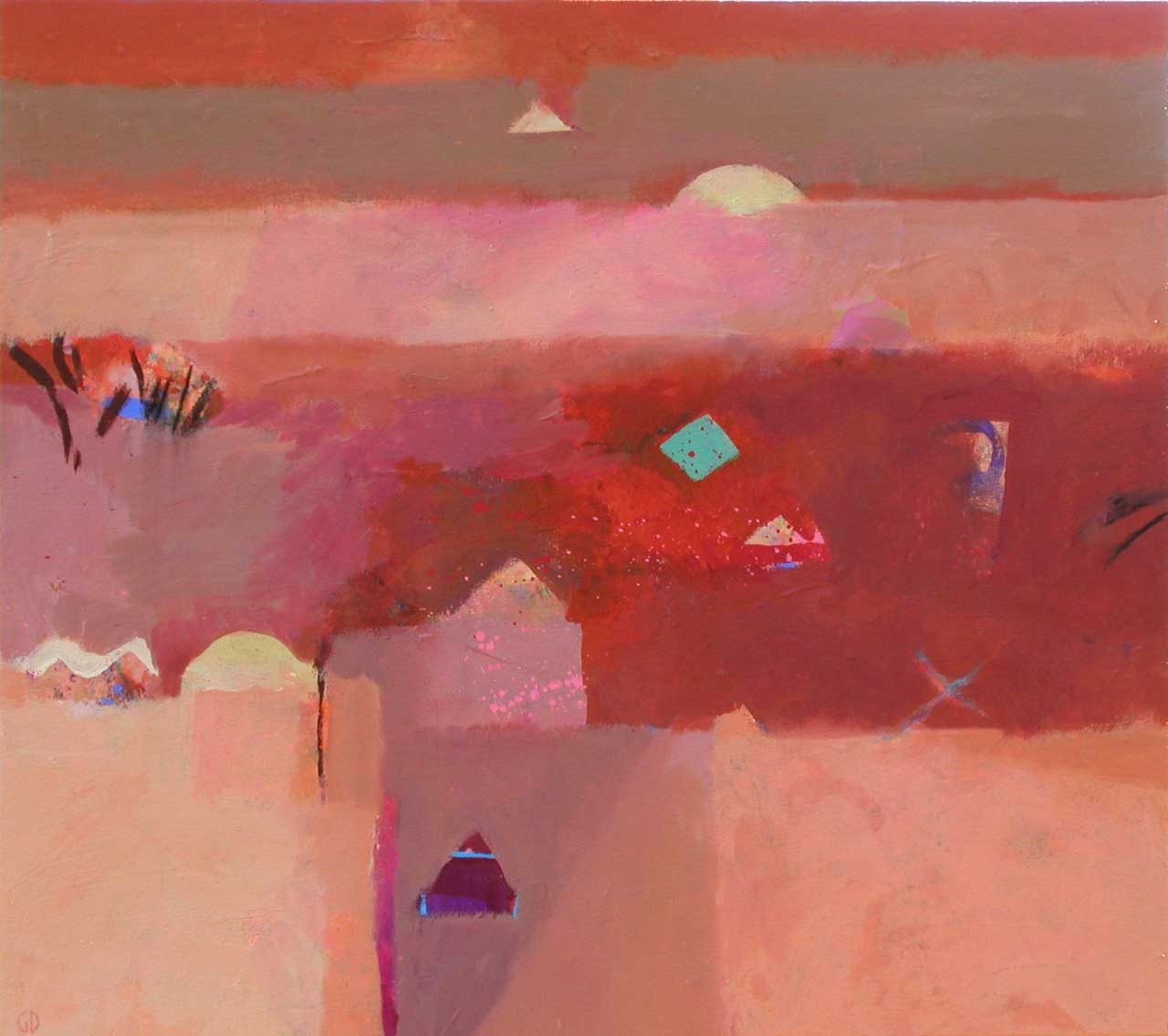 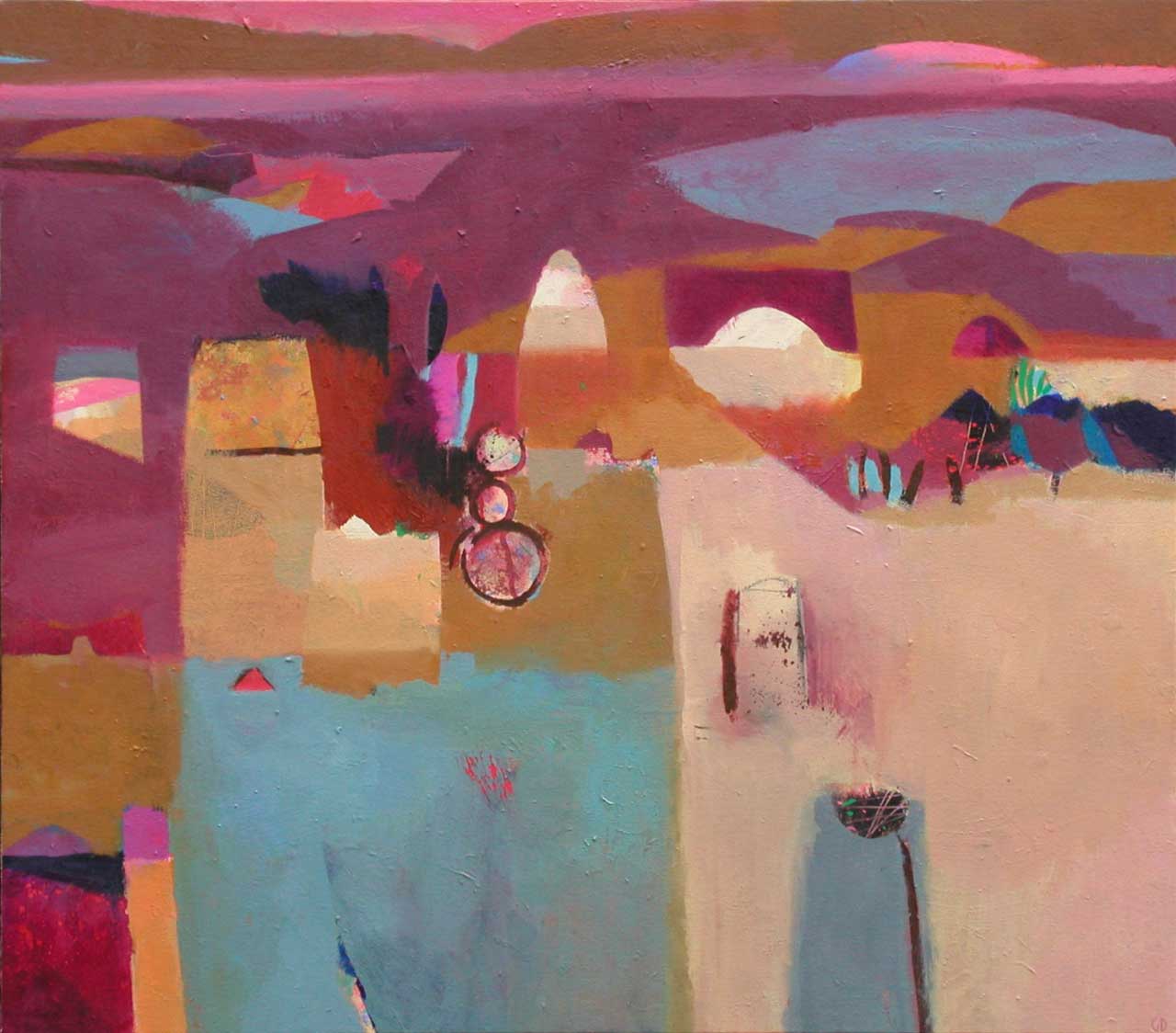 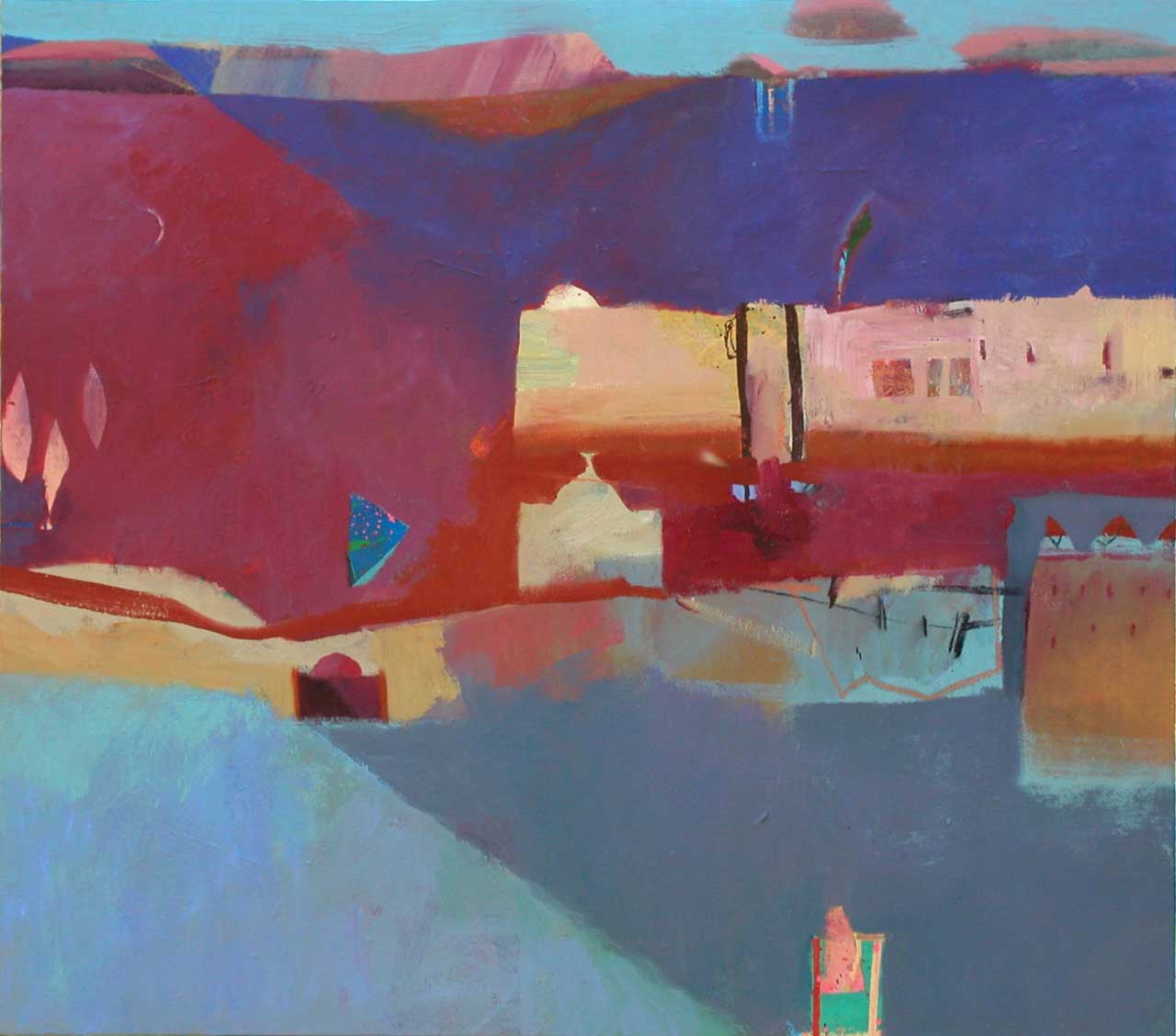 The Road to the Desert 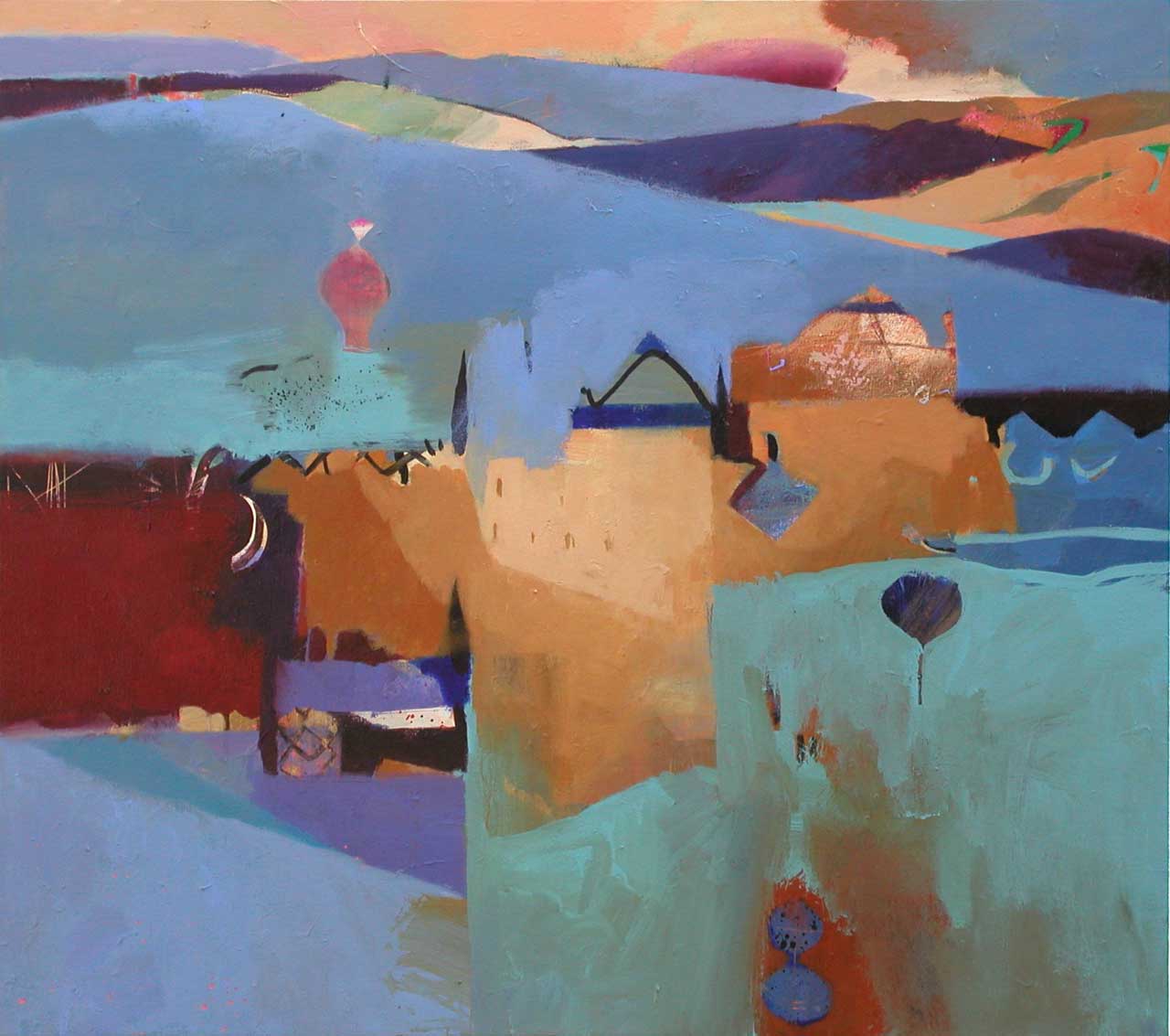 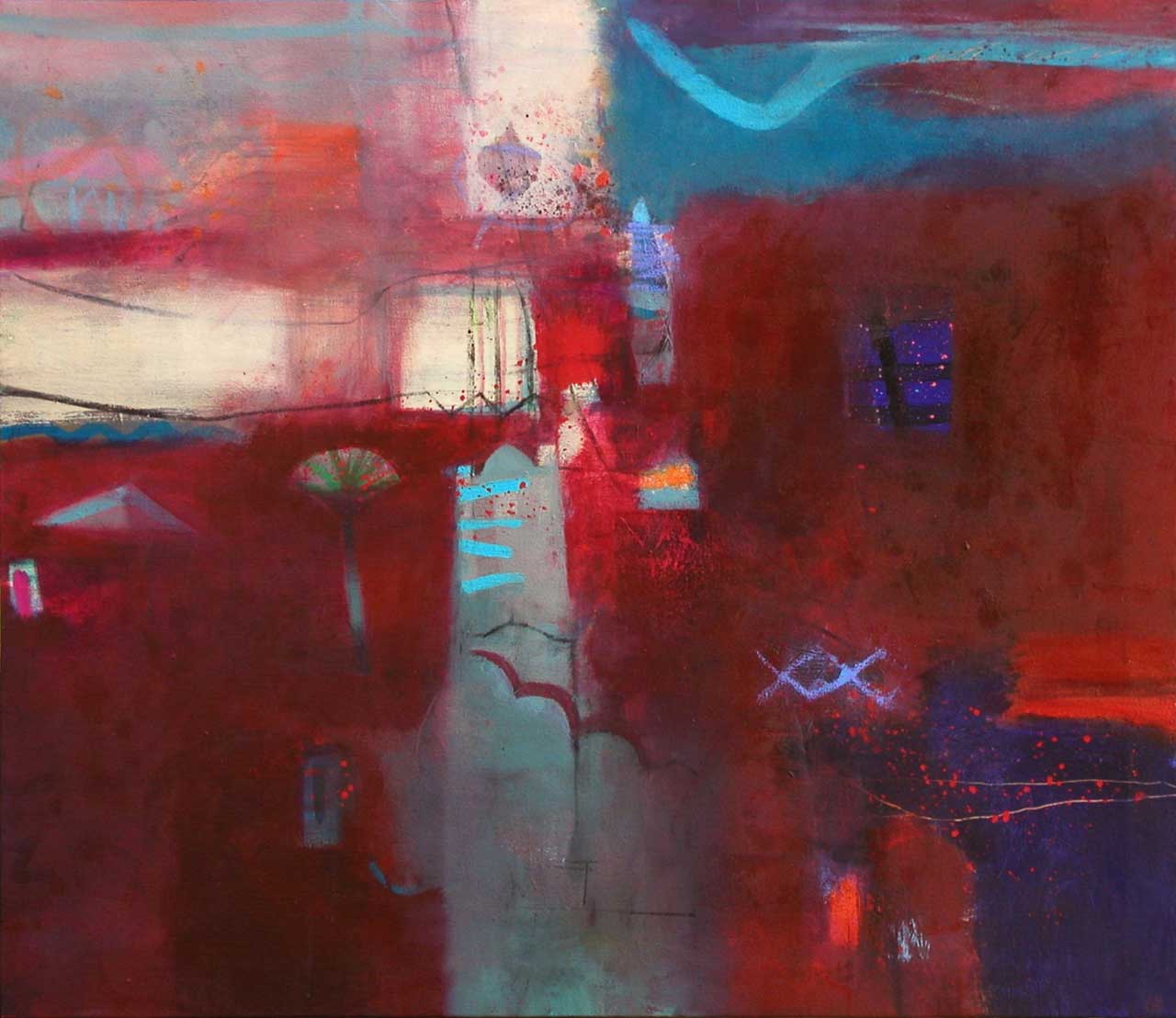 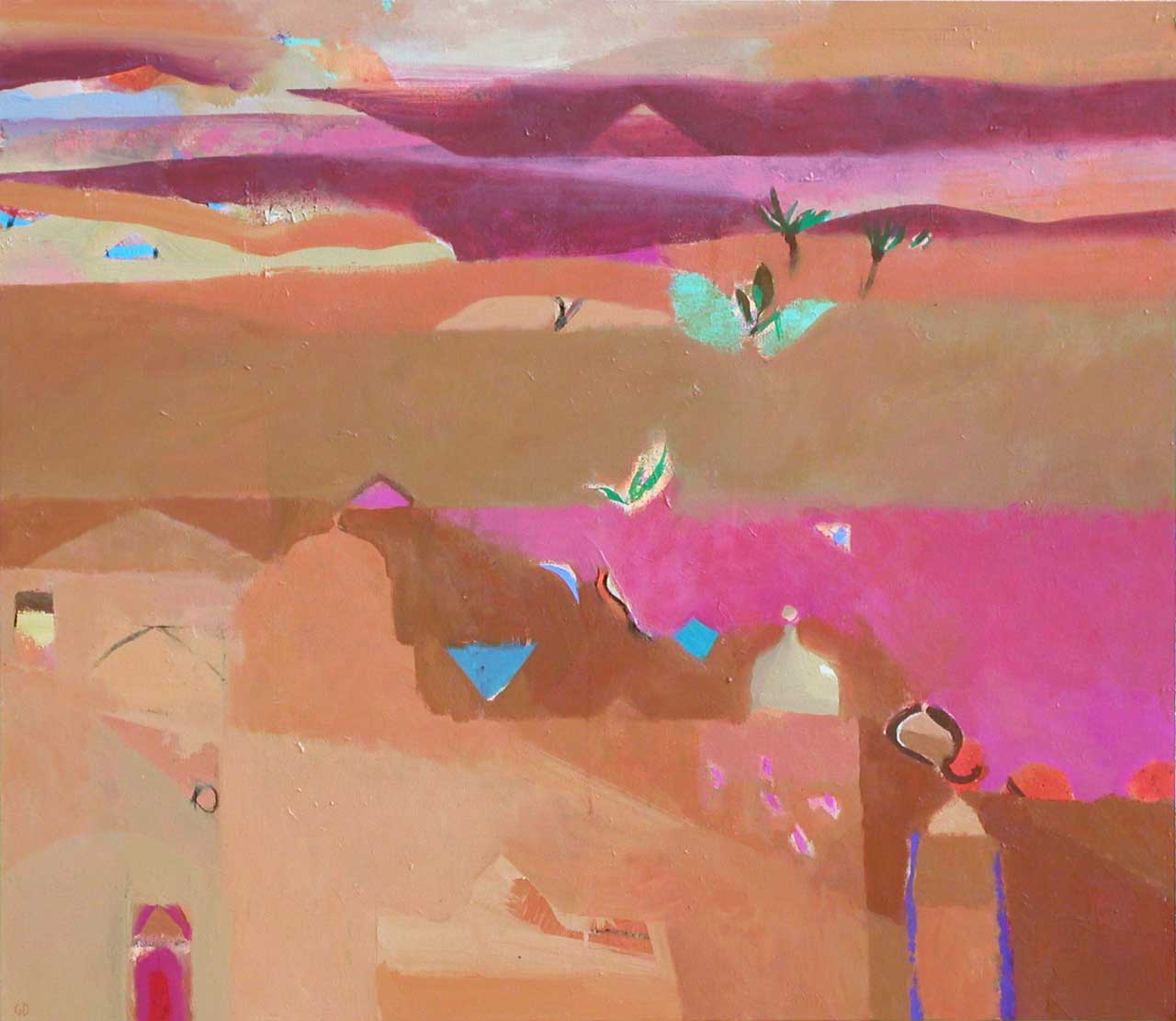 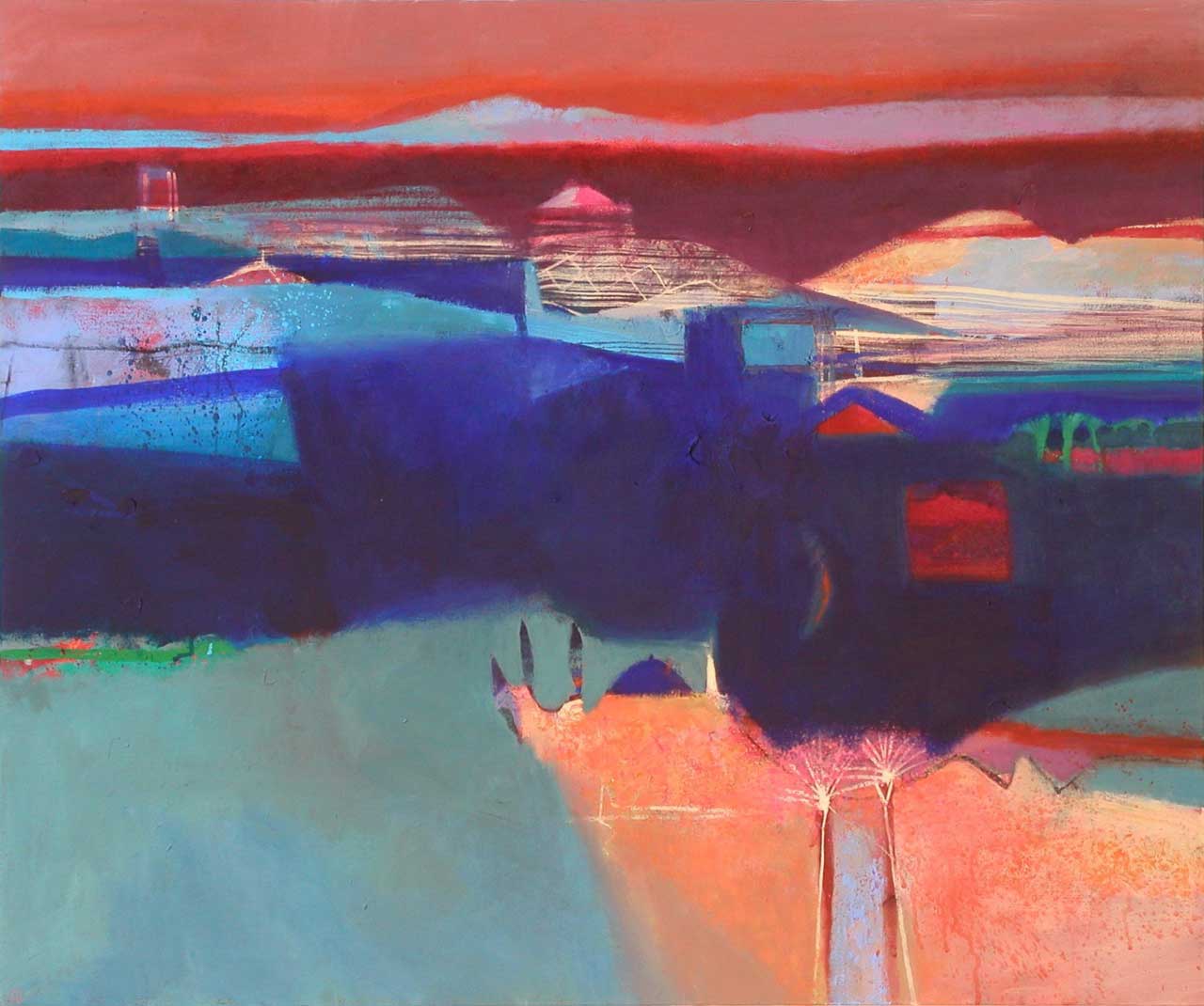 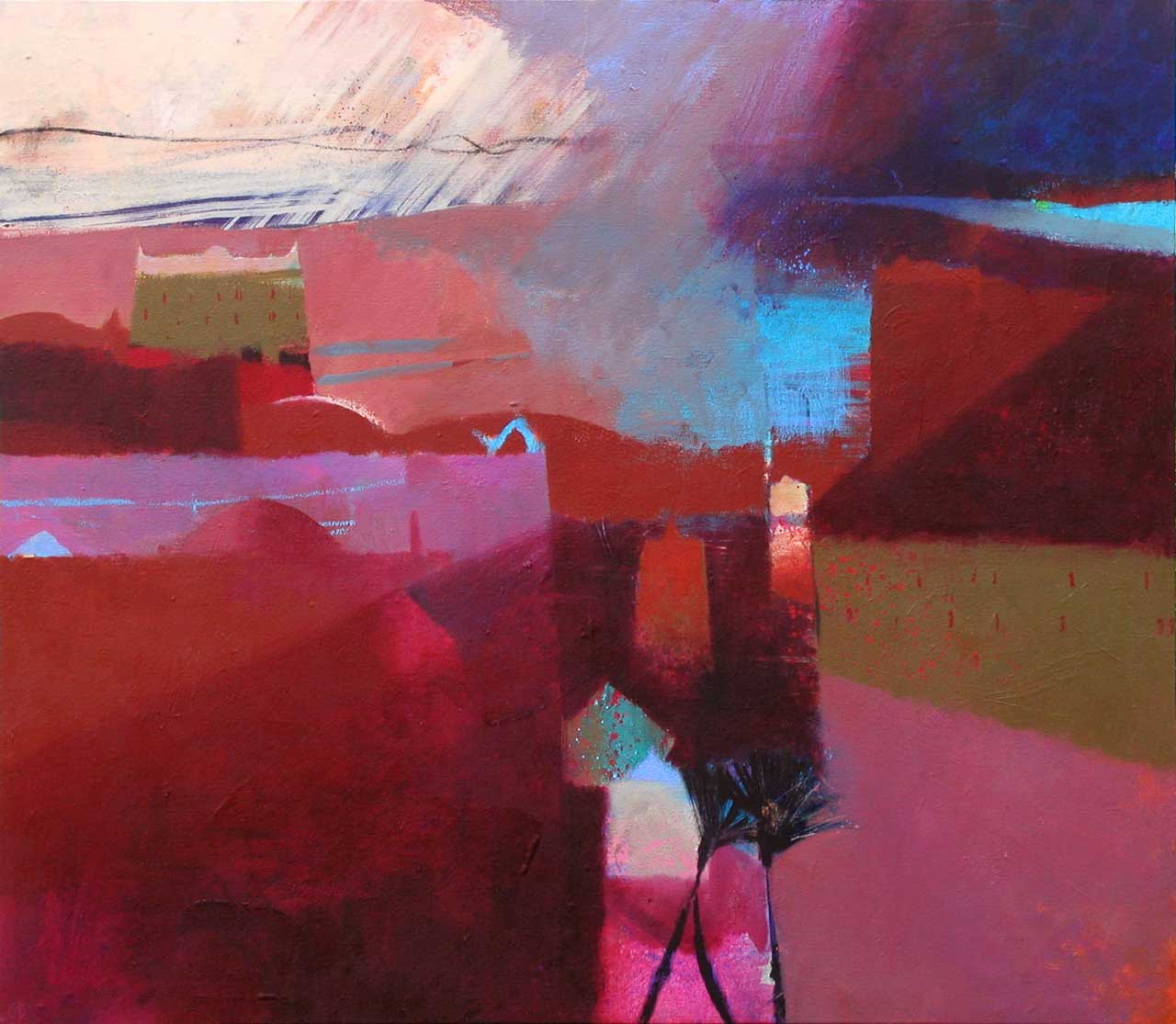 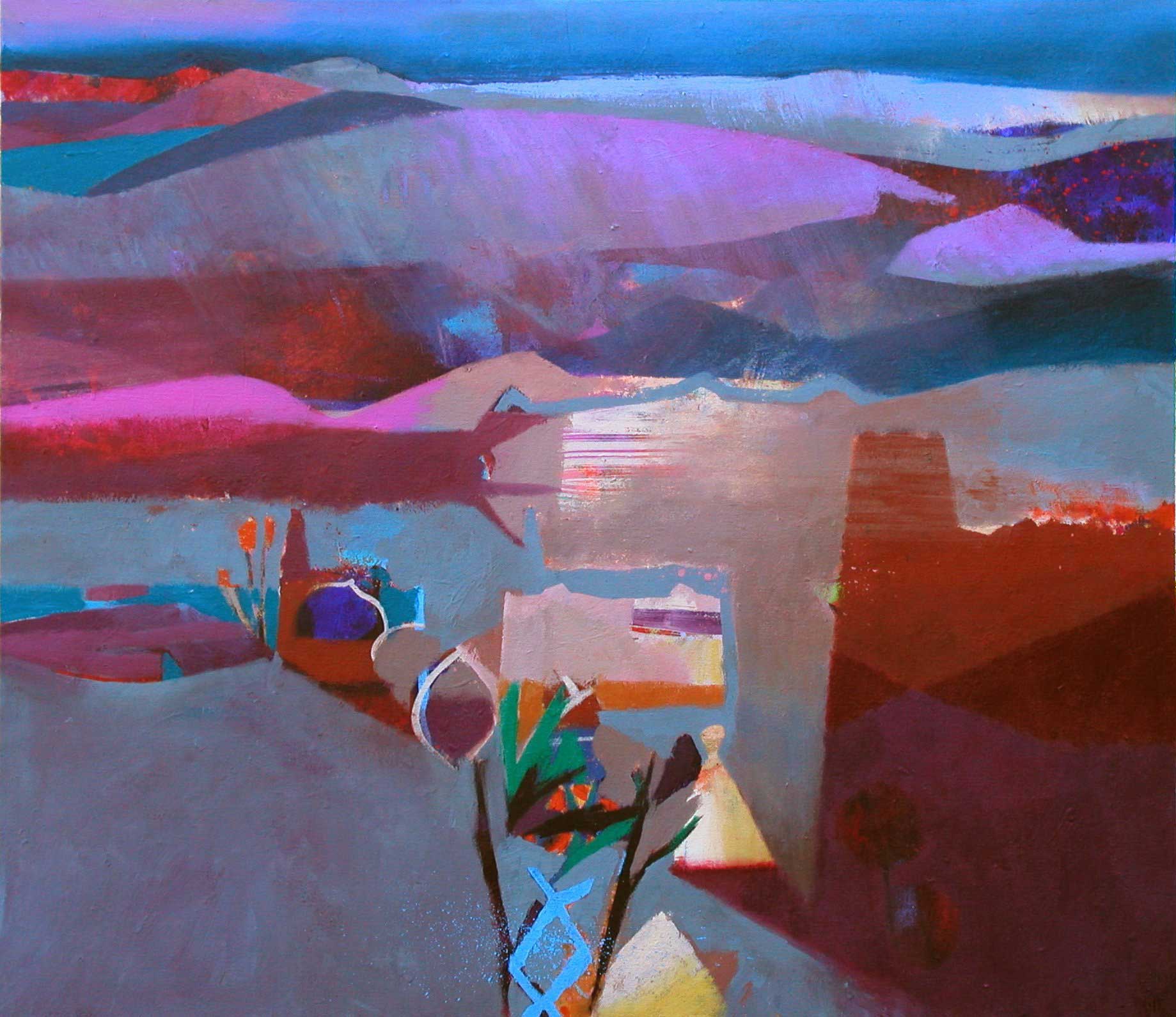 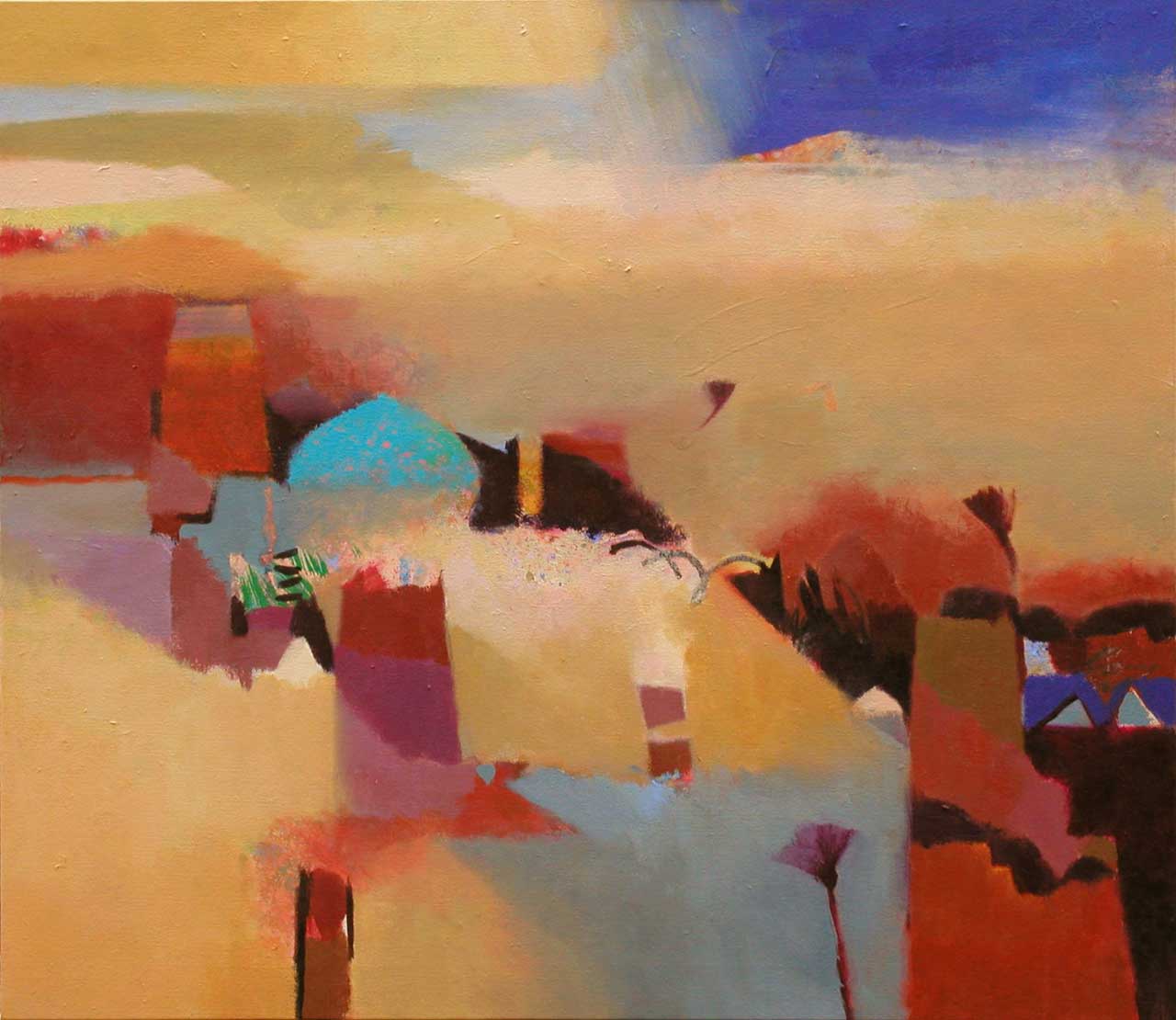 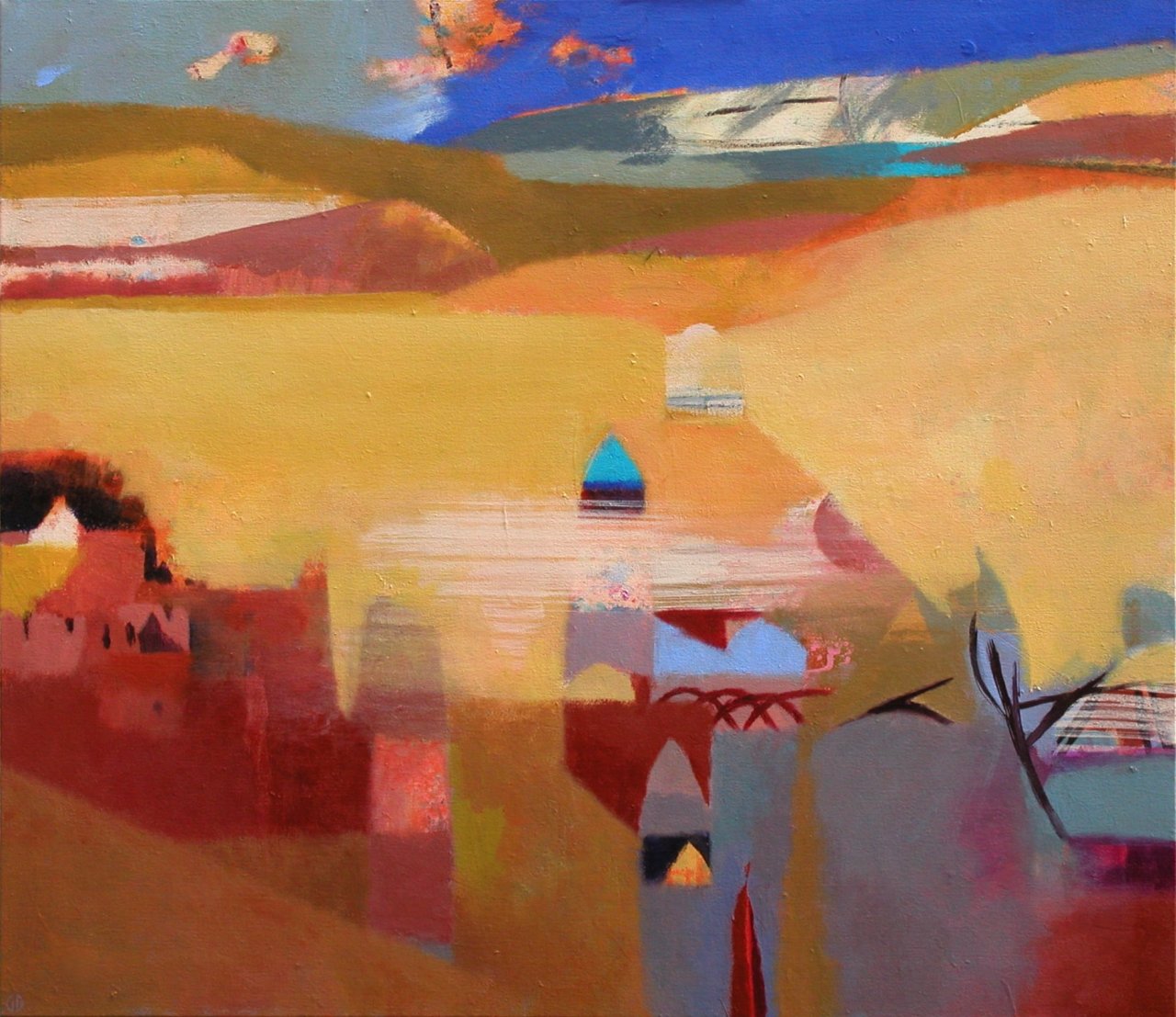 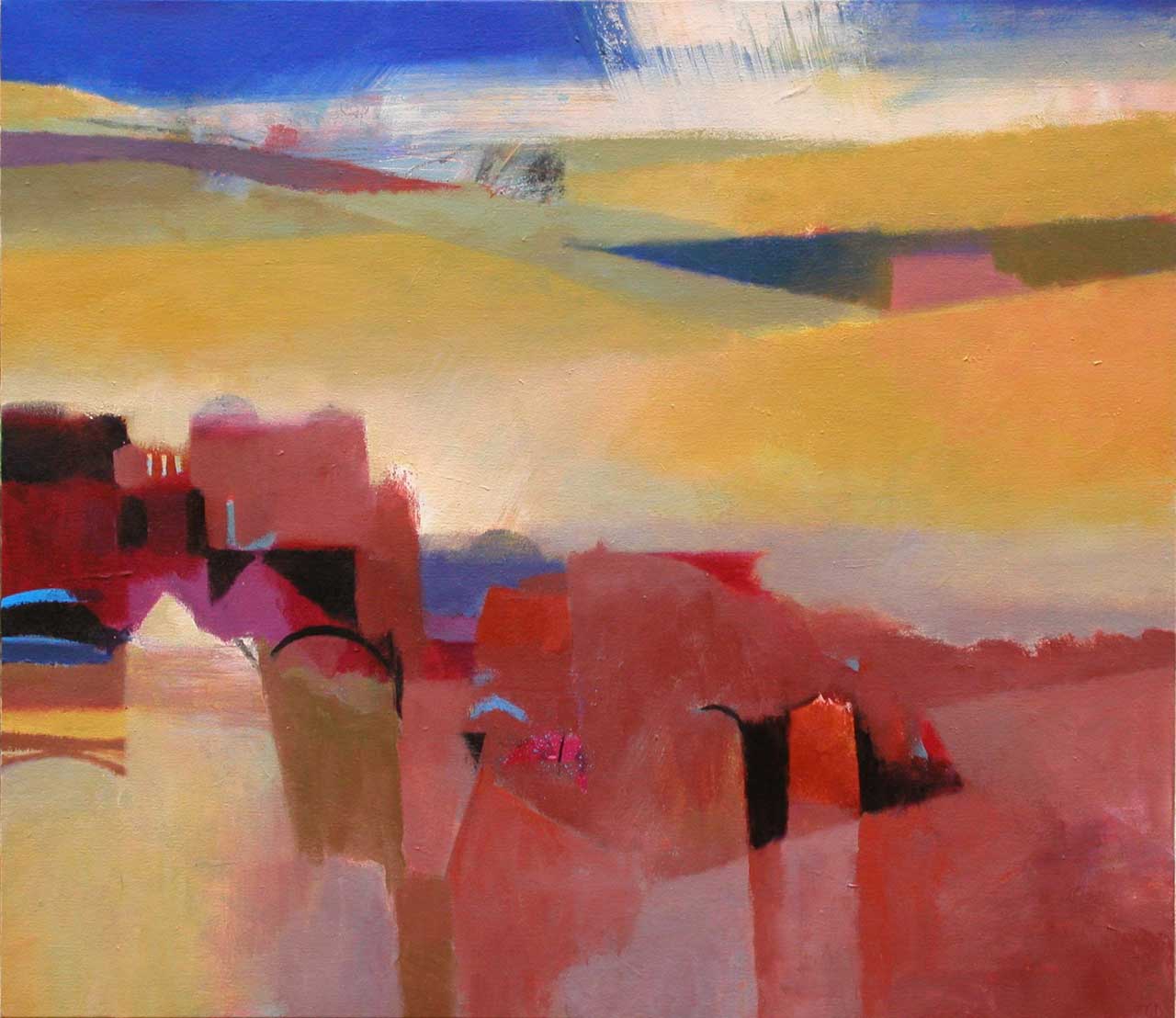 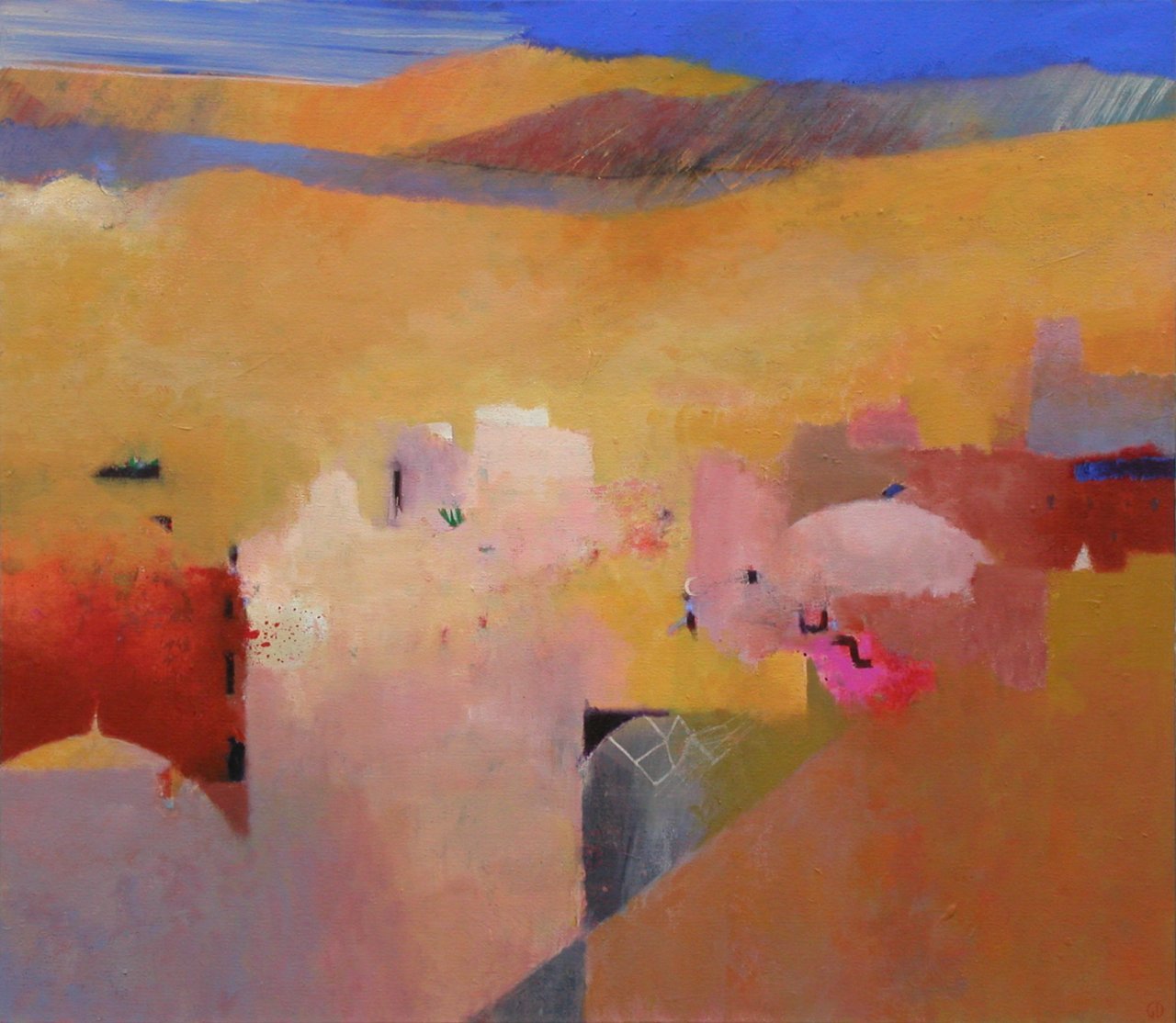 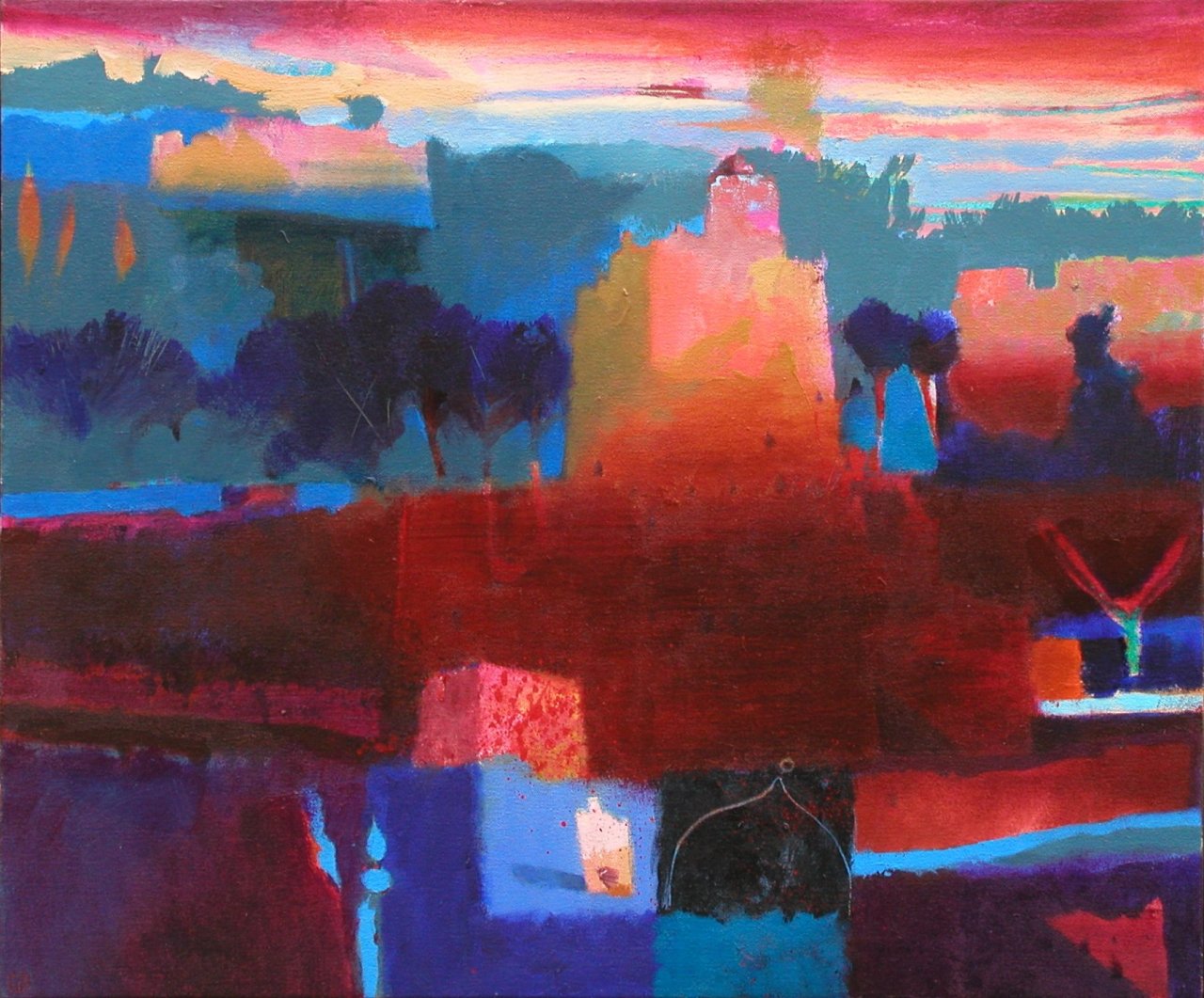 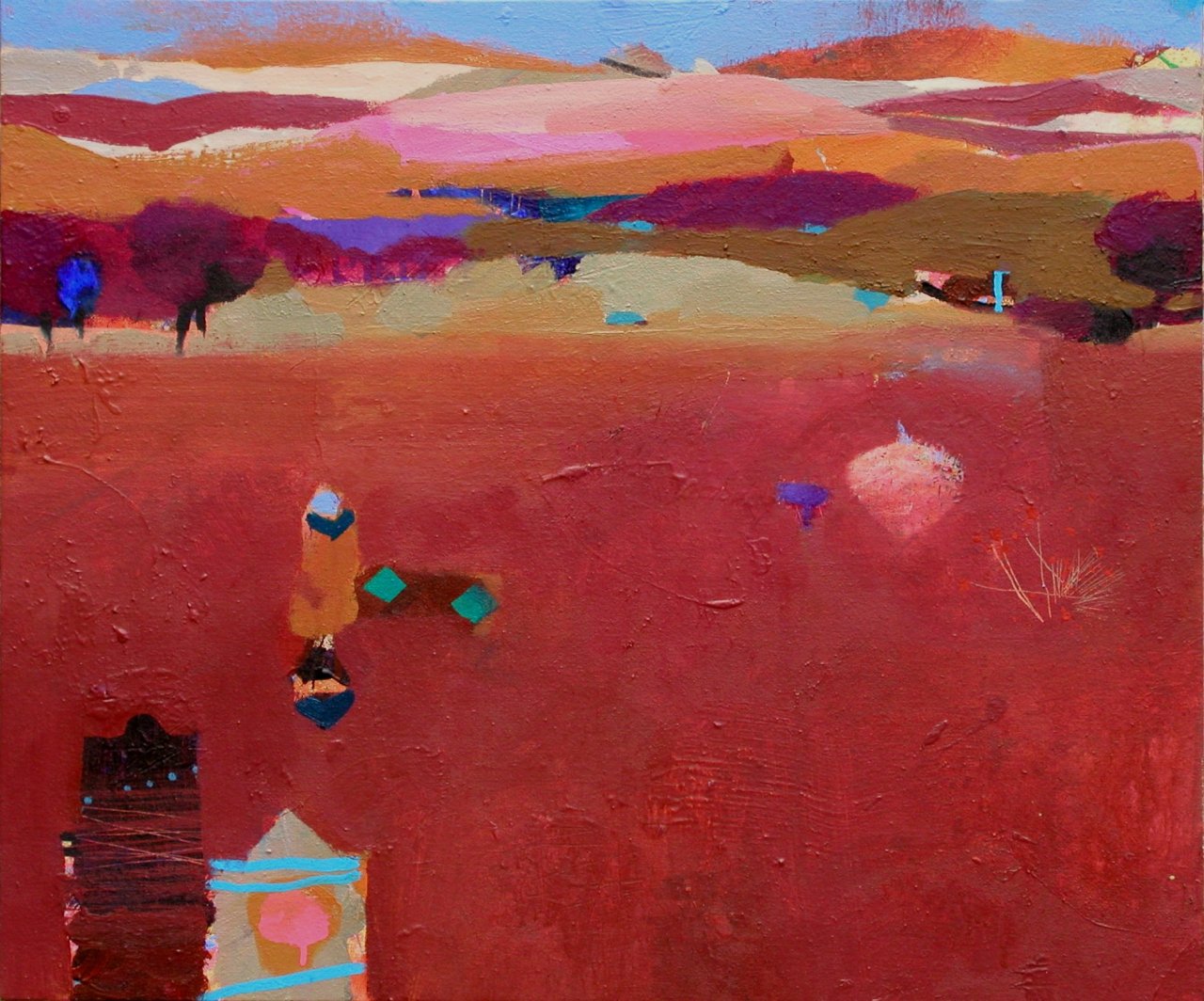 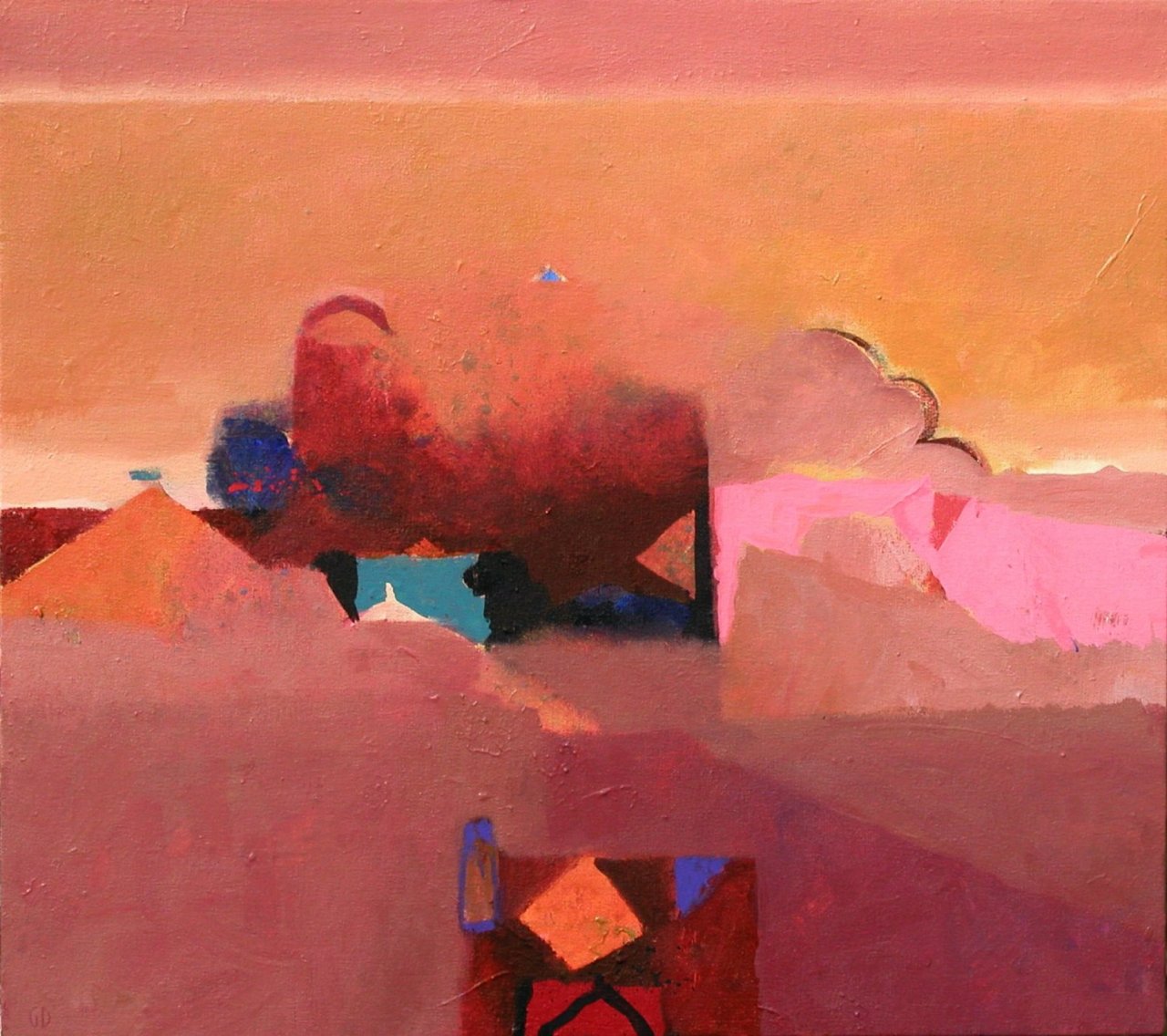 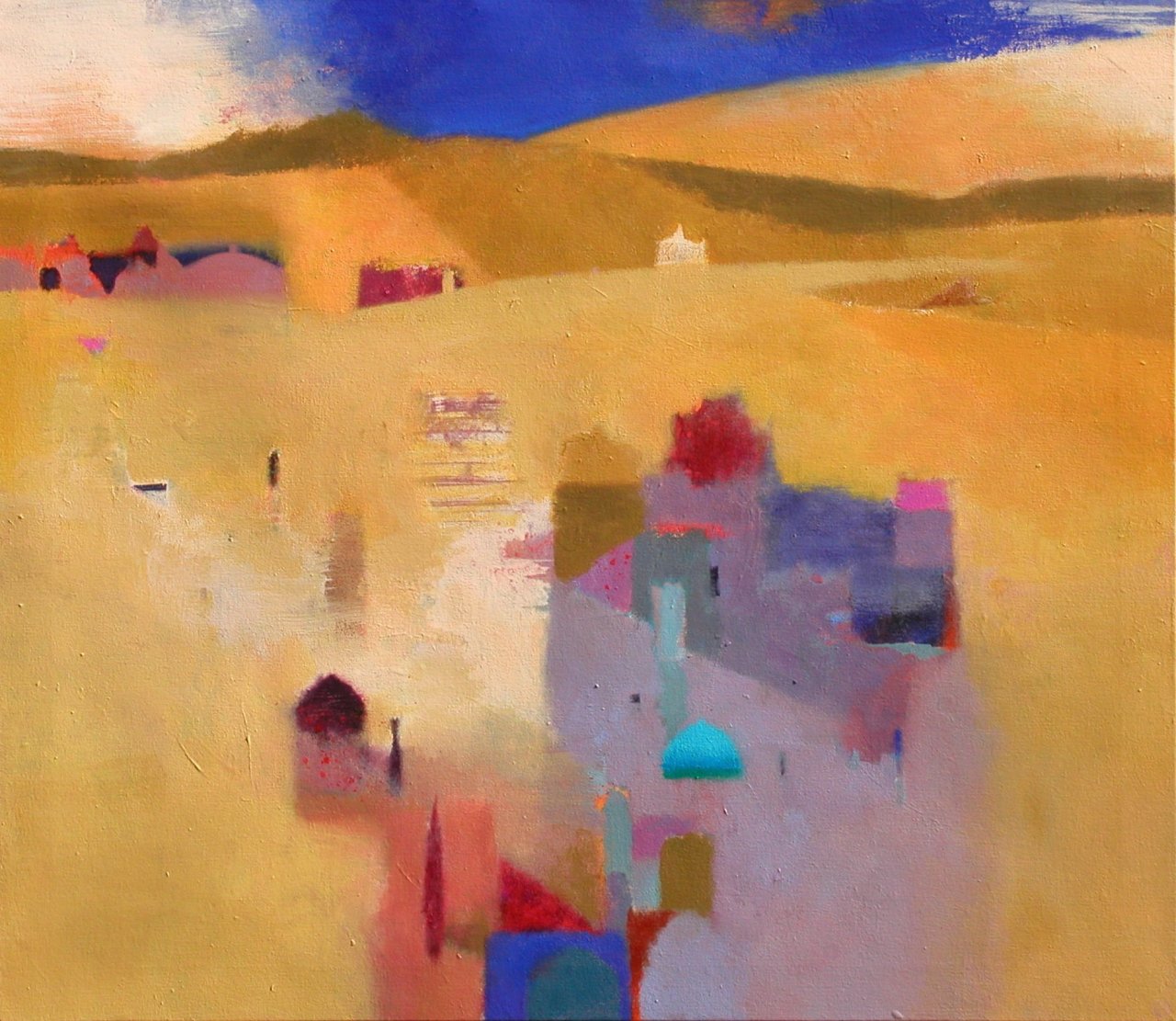 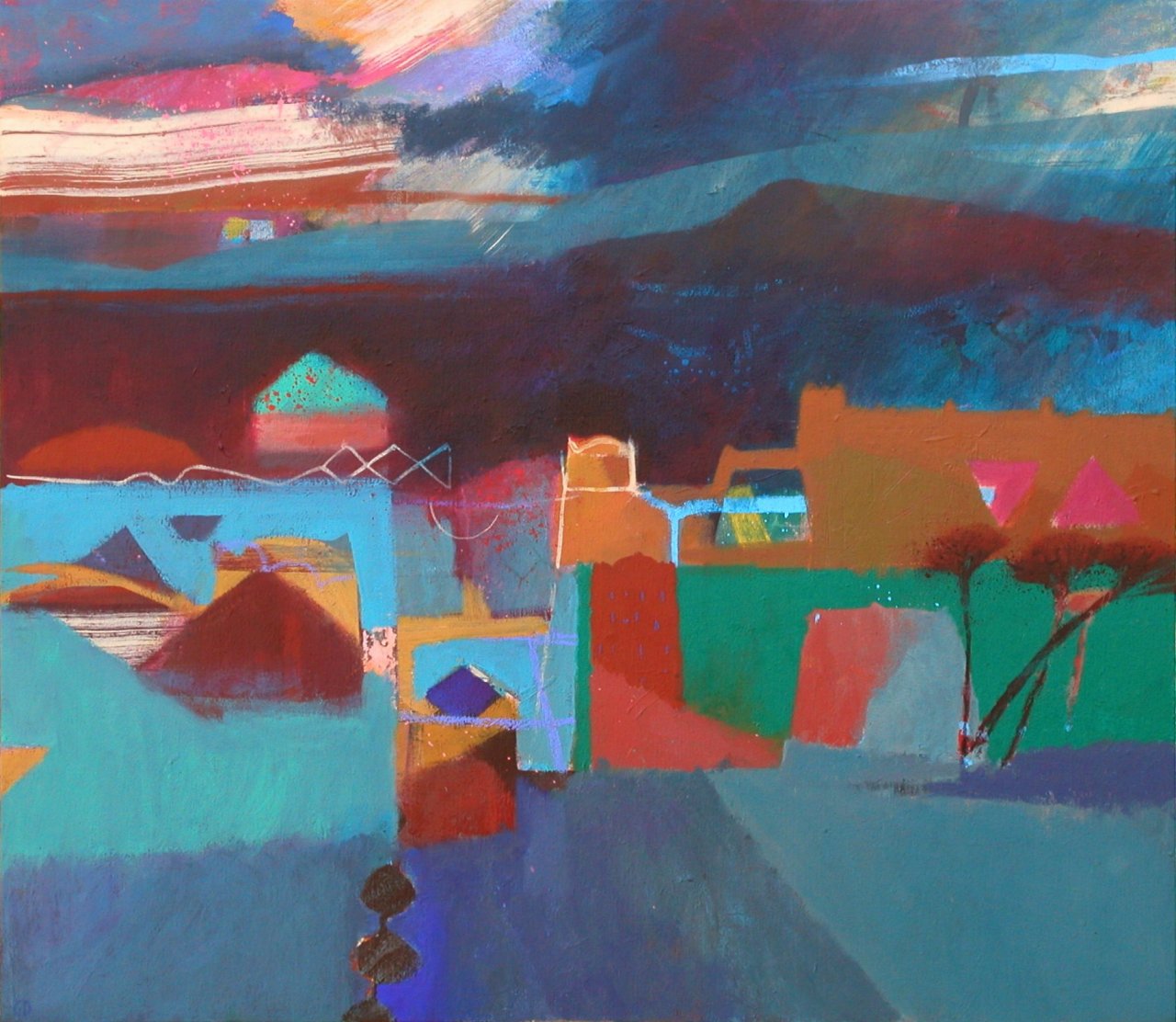 Rain in the Atlas Mountains 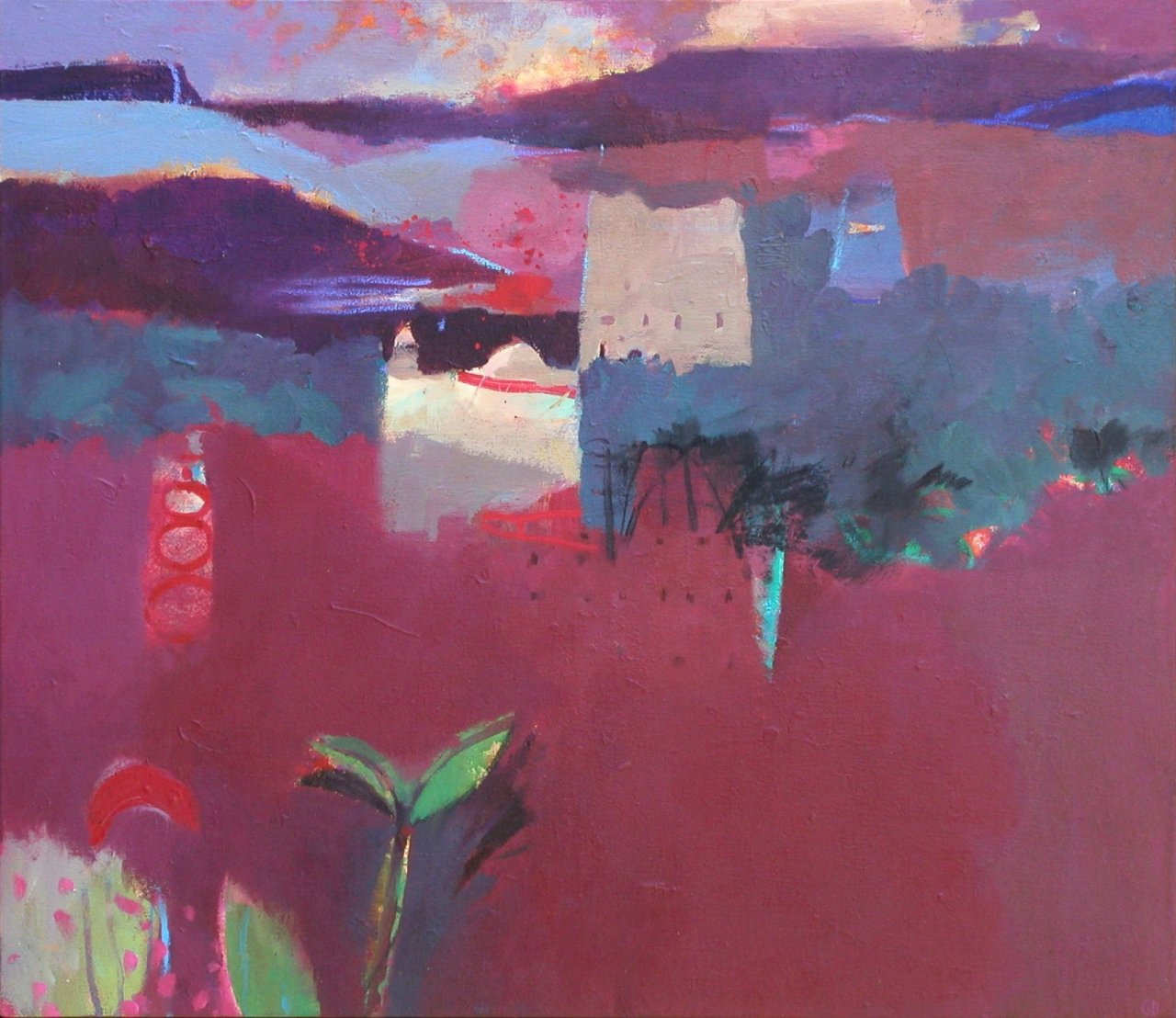 The Valley of the Roses 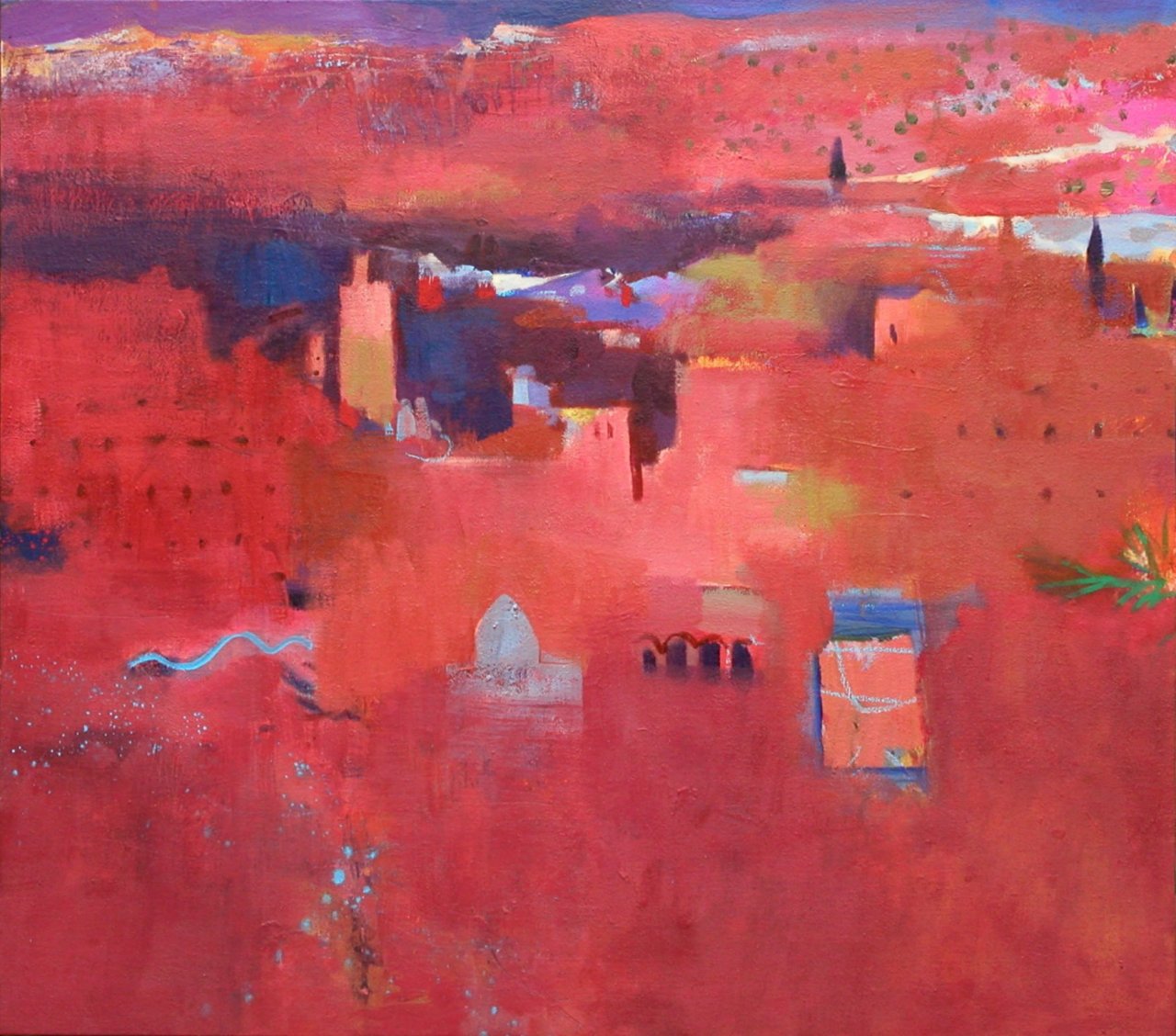 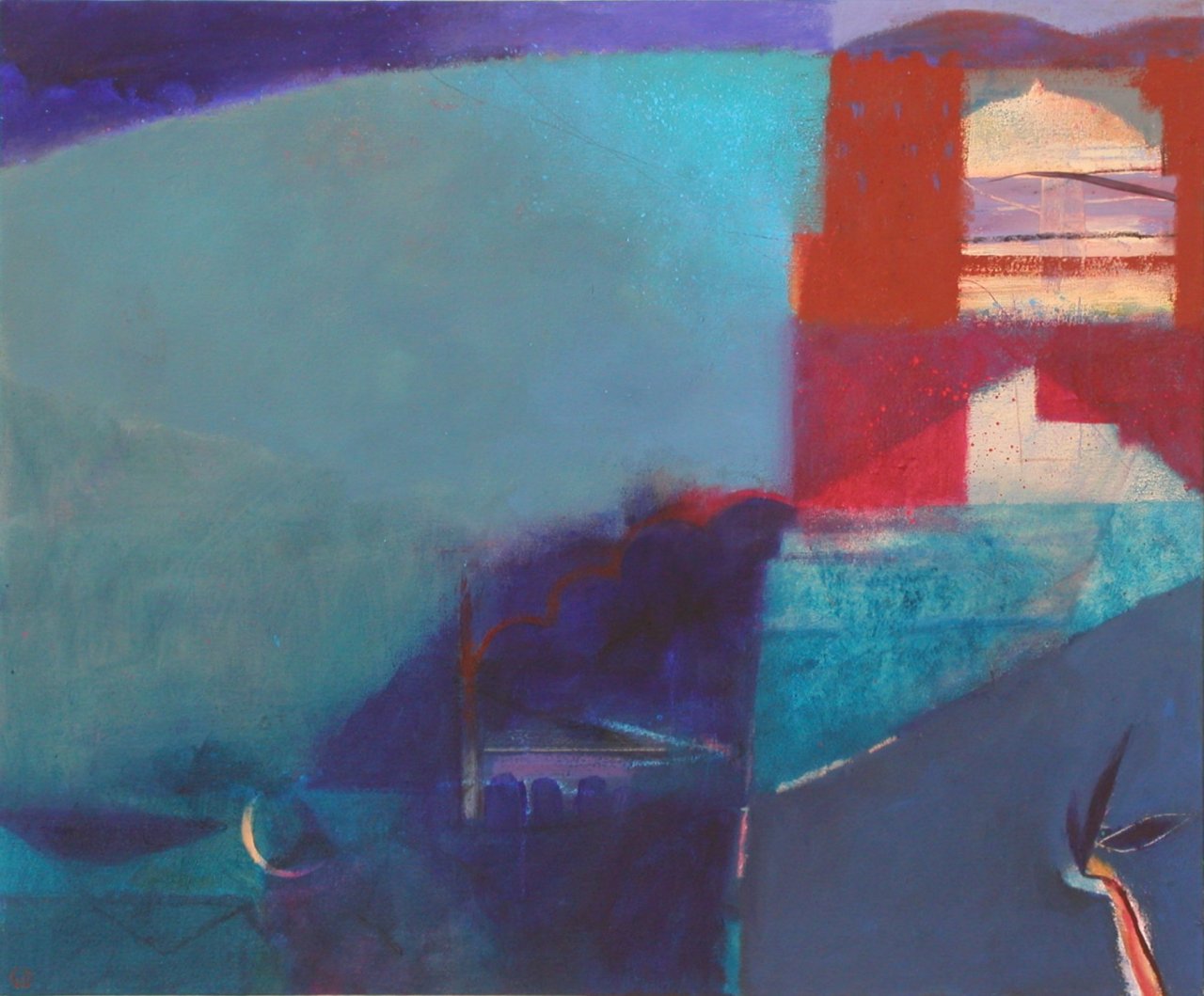 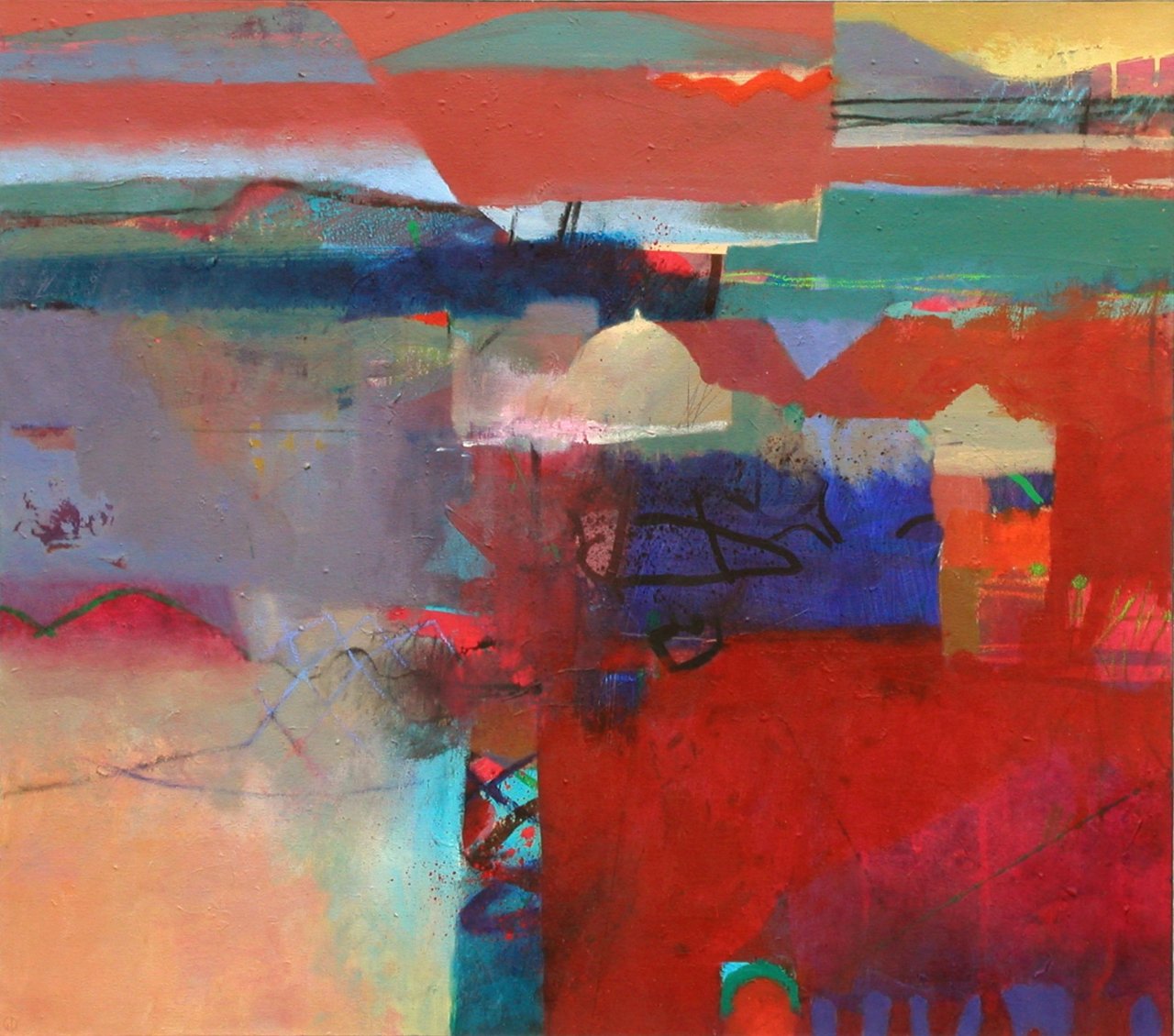 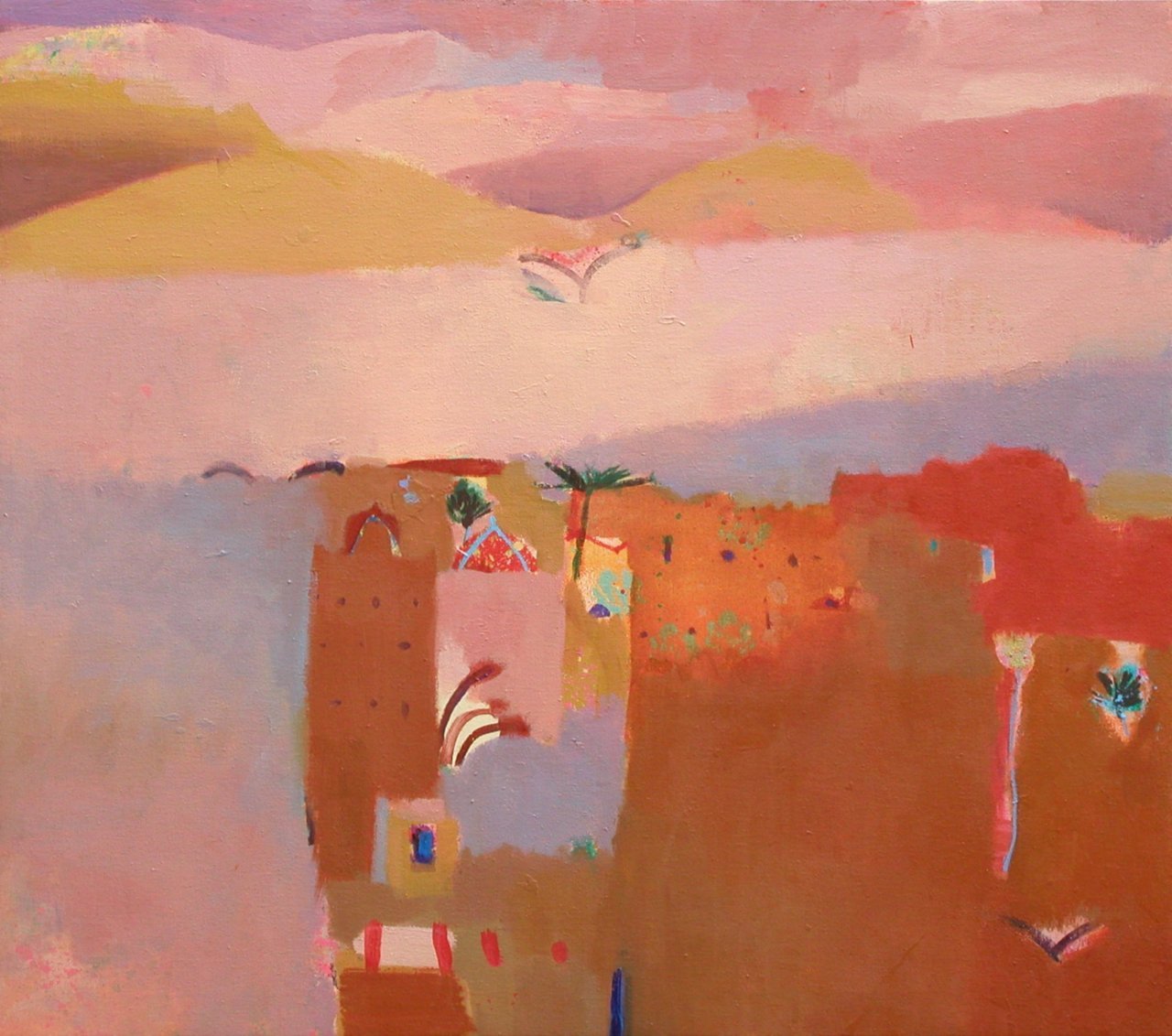 In this series I want to evoke a sense of harmony between man-made structures and the land. The many shades of ochre, pink and red to be found in the rocks are perfectly echoed in the mud-pisé buildings, so that they almost appear to grow organically out of the ground. There are frequent references to mud walls, peppered with holes from the timber formwork used in their construction, and to the fortified towers of the kasbahs, which abound in this region. There are also oblique references to minarets, marabouts (saints’ shrines) with their pointed domes, and linear geometric forms, which relate to Islamic ironwork, inlay and ceramic decoration. The intention is to evoke a feeling of earthiness and oneness with Nature, and to create a sense of mood in each work through the use of atmospheric colour.

The desert paintings are a response to the beauty and tranquillity of the dunes at Merzouga and Tinfou near the Algerian border, and I also want to convey a sense of the awesome emptiness of the desert and the feeling of being totally alone in a vast sea of dunes.

I was struck by their stature (some as high as 800 feet) and by their variation in colour, ranging from cool pinks through pale yellows to rich golden ochres. It was difficult to gauge distances, which further enhanced the feeling of unreality and mystery, while the occurrence of sandstorms and whirlwinds caused a blurring of the normal division between land and sky. In the foreground of these paintings there are often marks and tracks in the sand which suggest the passage of humans and animals, and the distinctive black shapes of Berber tents appear as a reminder of man’s precarious existence in such a barren landscape.

For purchase enquiries, please get in touch.